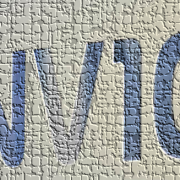 On April 9, Senvion filed for German “preliminary self-administration proceedings” in court, thus culminating what had been the chronicle of a death announced a few months earlier. But how did this manufacturer come to this situation? And more importantly, what options are open from now on?

A little bit of history

Senvion (formerly Repower) is a German wind turbine manufacturer with headquarters in Hamburg and around 4000 employees worldwide. Its history has been quite turbulent: with a reputation as a technologically advanced manufacturer that was always at the forefront of the race for size (the launch of the 5M in 2003 was a milestone at the time and put Senvion/Repower ahead of Siemens and Vestas in offshore technology), it was bought by Suzlon in full market effervescence in 2007. The merger did not go well and the companies never got together because of the obstacles that Senvion/Repower put in the way of the new owners. Suzlon was hit hard by the crisis and had to sell Senvion in 2015 to the Centerbridge fund for €1 billion. Centerbridge subsequently listed 28.75% of the company for just under €300 million.

Like other mid-sized manufacturers, Senvion faces a low price market with limited tools to compete. As I explained in another post, this is a volume and cost market where the technology race is increasingly fierce and demands greater investment in R&D. In the financial results of the 2Q19 that SGRE recently presented, there is a very illustrative graph where it is seen that currently, all price pressure must be compensated with cost savings per volume in order not to deteriorate the EBIT:

Senvion was, according to GWEC, the No. 13 manufacturer in MWs installed in 2018 and although it has not published the 2018 results, it is estimated to have installed around 1,000MW.

How did this happen?

Let’s briefly analyze some factors that have been deteriorating the situation of Senvion:

And from now on, what?

So much will depend on the expectations of Centerbridge and the rest of owners as they still have to recover about € 700 million to “not lose money” but bearing in mind that they are an investment fund, their goal will be to get a minimum return on investment. Let’s take a very schematic look at some of the options that are open:

We will see how the situation evolves, but in my opinion, if the owners choose the quick exit and decide to sell without restructuring, the price is going to be low and they are not going to recover the investment. If, on the other hand, they carry out the necessary restructuring, a hard (and expensive) desert crossing awaits them, but one that can return value to the company in the medium term.