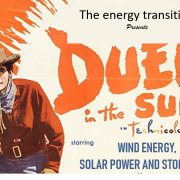 In the previous post on this blog commenting on Lazard’s latest LCoE report, I made some comments on the competition between renewables and more specifically between wind and solar as the most viable and cheapest renewable sources of generation today. As a result of this article, I received several comments on this subject, some asking for more multi-technology auctions where the prime is the lowest committed price and others remembering that not everything is the price when planning the generation mix. The truth is that it is a hot topic as news like the last mixed auction in Germany where the solar PV took all the projects in front of the wind make more and more voices are heard advocating mixed auctions where, as expected, the solar offers unattainable prices for other technologies.

But is this the right approach? should the price be the only driver? is the solar PV really going to be unbeatable in mixed auctions? for those who are short of time, here are the quick answers: Depends, No and Yes. For those who have a few minutes to go deeper into these questions, here are some arguments …

Will PV solar be unbeatable in price?

It is very likely that, at absolute minimum price, yes. The current level of cost plus the future reduction potential will make this technology unbeatable in a few years in terms of costs. Let’s look at some of the reasons

It is one of the main drivers to reduce the cost and as we see in the graph, the volumes of the solar are already much larger than those of wind and the trend is that this difference is becoming larger.

One of the keys to explain this is that wind is limited to the grid-connected segment with large generation projects. However, solar has some residential and commercial business segments that bring a lot of volume to the sector. As can be seen in the following graph, almost half of the volume comes from these segments that do not exist in wind power

Anyone who has seen the installation of a wind farm and a solar park already knows what I mean. The solar avoids much of the technical complexities of the wind: no work at height, no need for large cranes, no heavy elements, no mechanical elements that rotate, the dimensions of the components are small, and so on. For me, an example that clearly shows this difference are the floating projects: in the case of wind are projects worthy of a chapter (or two) of the mega-structures program, while the solar, are panels with floats underneath.

Another very illustrative example of this difference is the O&M: in solar is basically to clean the modules well and occasionally change small elements while, in wind, any corrective is already complex only by height and dimensions.

Here are 2 important elements to try to guess the potential of each technology in cost reduction:

Should price be the only driver?

Obviously not. Both solar and wind are intermittent, so any responsible planner must be very cautious about this. But even though both are intermittent by nature, there are clear differences

We are talking about one of the great weaknesses of the solar system. It is obvious that the hours of sunshine per day are what they are and do not cover one of the peaks of demand of the day (that of 20h).

However, the wind is fairly evenly distributed throughout the 24 hours of the day, so it helps in all peaks of demand.

This is where the batteries come in and their ability to “move” the solar for a few hours towards the late-night peak. But the reality is that in about 10 years, the cost of the batteries will not be such that it can be a “default” complement to the solar.

The need to incorporate the time periods in the auctions because a kWh at 11 am and at 8 pm is not worth the same. If this were done, the solar would not be able to compete (for the moment) with the wind in certain hourly sections, which would make the results of the mixed auctions more balanced.

I know this is a sensitive issue and nobody wants to talk about local content, tariffs or quotas, but you have to be aware of the differences: 9 of the top 10 module manufacturers and 4 of the top 5 inverter manufacturers are Chinese. In wind power, there is only one big Chinese manufacturer in the top 5. In addition, the local investment per MW installed (installation, logistics, O&M) in the case of PV solar projects is much lower than wind. The reality is that the rate of return on investment in the local European or Spanish economy in the case of solar projects is much lower than that of wind projects.

What seems clear is that the times of brotherhood between wind and solar when fighting against the common enemy “thermal” are over and each time there will be more cases competing in the same markets and for the same customers. We will see how it turns out, but what is clear is that for the world, any result will be beneficial.